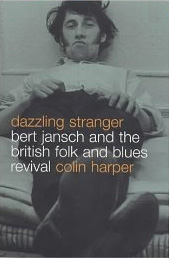 ‘Extraordinarily enthralling and valuable: a major work of Brit-folk scholarship, and fun with it.’ – Folk Roots, October 2000

‘A work of considerable importance, scholarly beyond the bounds of traditional rock biography, intuitive and informed.’ – * * * * Q, January 2001

‘A book that needed to be written, and for folk, blues and beyond enthusiasts, one that’s required reading.’ – Glasgow Herald, September 16 2000

‘An essential read for anyone interested in the development of folk and blues in Britain since 1960.’ – The Living Tradition, January 2001

‘Enlightening musical analysis, entertaining anecdotes and a huge amount of research, marshalled with the rigour of a professional historian.’ – Jazzwise, November 2000

‘The folk scene in which Jansch came of age has found an excellent chronicler in Colin Harper.’ – Times Literary Supplement, September 22 2000

‘A remarkably informed and absolutely fascinating study of the birth and first flowering of the British folk scene… Dazzling Stranger could hardly be bettered.’ – Record Collector, January 2001

‘The history of the British folk and blues scenes in the early sixties – an ambitious undertaking that Harper pulls off triumphantly.’ – Blueprint, November 2000